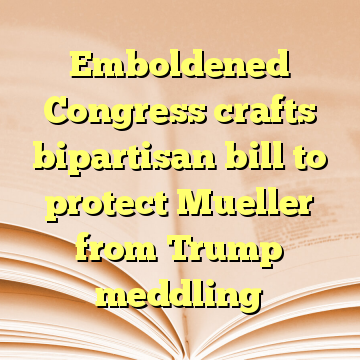 (Worthy News) – A bipartisan team of senators introduced a bill Thursday to protect the special counsel from meddling by President Trump, as an emboldened Congress takes more swipes at the White House.

The bill would write into law current department guidelines governing who can fire a special counsel, and make them retroactive to this year’s appointment of Robert Mueller, who was named special counsel to probe Russian meddling in the 2016 election — including dealings with Trump campaign figures. [ Source:Washington Times (Read More…) ]