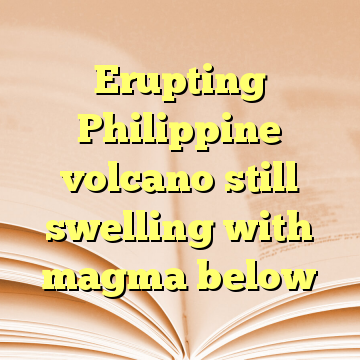 (Worthy News) – Philippine scientists say a volcano that’s been erupting for almost two weeks still appears to be swelling with magma under the surface.

More than 74,000 people are staying in dozens of emergency shelters as Mount Mayon continues to belch lava, ash and superheated gas and rocks. Officials are worried the eruption may become a humanitarian emergency that could last months.

The Philippine Institute of Volcanology and Seismology said tremors, pyroclastic flows and emissions of sulfur dioxide were detected Wednesday and early Thursday. It said GPS and other measurements indicated a sustained swelling or inflation of the mountain surface, which was consistent with magma rising and creating pressure. [ Source: Fox News (Read More…) ]