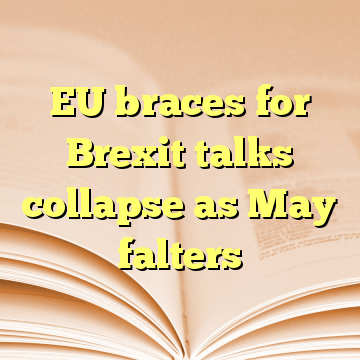 (Worthy News) – As in-fighting consumes the British government, Europeans have stepped up quiet preparations for a possible collapse of Brexit talks that could see Britain crash out of the EU without a deal 18 months from now.

Prime Minister Theresa May’s EU counterparts still see the “no-deal scenario” she threatened them with as most unlikely, as they think it would hurt Britain much more than the continent.

But after her faltering party conference last week and ahead of important meetings in Brussels over the next fortnight, diplomats and officials there and in big member states said they have been putting renewed focus on contingency planning for a legal limbo in March 2019 and urging businesses to do the same. [ Source: Reuters (Read More…) ]