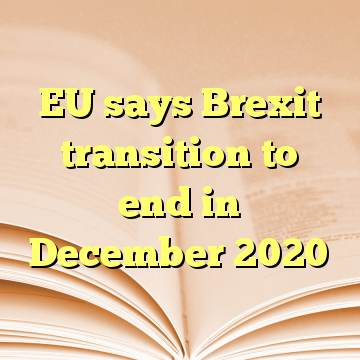 (Worthy News) – The Brexit transition period should end on 31 December 2020, with a clear view what sort of relationship the EU and UK will have afterwards, the EU Commission proposed on Wednesday (20 December).

The end of the transition period would coincide with when the EU’s current seven-year budget runs out, to which the UK would have to continue to pay in to until then.

During the transition period, the UK would have to comply with all EU rules and policies, including the four freedoms of the single market such as free movement, but would not participate in any decision-making as it is no longer a member. [ Source: EU Observer (Read More…) ]