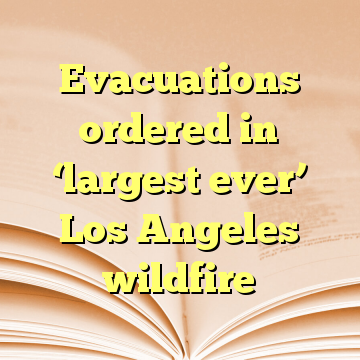 (Worthy News) – A massive brush fire, called the largest ever in terms of acreage to burn within Los Angeles’ city limits, had claimed one home Saturday and was threatening others, authorities said.

Hundreds of firefighters, backed by water-dropping planes and helicopters, were battling the flames in triple-digit temperatures. The fire had blackened 5,000 acres by 10 a.m. PT Saturday and was moving toward Burbank, where much of southern California’s entertainment industry is situated.

Evacuations had been ordered in affected neighborhoods. [ Source (Read More…) ]