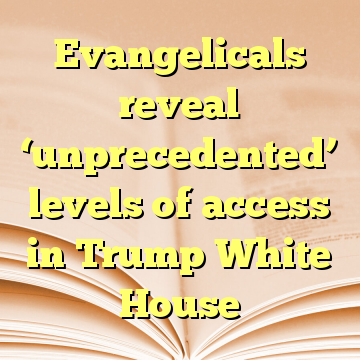 Amid ongoing criticism about Christians leaders’ reluctance to denounce Trump after his handling of the Charlottesville tragedy, Johnnie Moore, a senior member of the president’s evangelical advisory council, told Christian Today they have a duty to stick with him.

‘How can you make a difference if you don’t have a seat at the table?’ he said.

‘Our involvement is less about endorsing every word of action of the president and more about his endorsing of those issues important to us. We win some and we lose some, but – objectively speaking – he has done more to protect religious liberty and the unborn, for instance, than any president since Reagan and most of us believe he’ll do far more than Reagan. [ Source (Read More…) ]