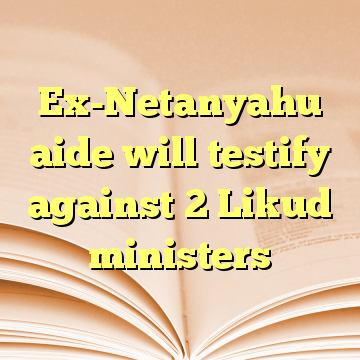 (Worthy News) – Nir Hefetz, the former media adviser to the Netanyahu family who became a state’s witness earlier this week against the prime minister, has reportedly told investigators he has potentially incriminating evidence against four senior Likud officials, including two sitting ministers.

According to a report by the Hebrew-language Ynet news website early Thursday, Hefetz provided police with information on backdoor deals conducted by ministers in the governing party that included an alleged conflict of interest and official misconduct.

The deals related to regulation in the healthcare system, real estate, and “an explosive issue related to the environment that is still at the heart of the public agenda,” the report said, without elaborating. [ Source: Times of Israel (Read More…) ]