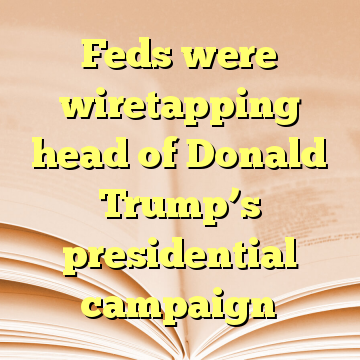 (Worthy News) – U.S. government investigators were wiretapping the head of Donald Trump’s presidential campaign, both before and after the election, CNN reported Monday night.

“The government snooping continued into early this year, including a period when Manafort was known to talk to President Donald Trump,” CNN reported.