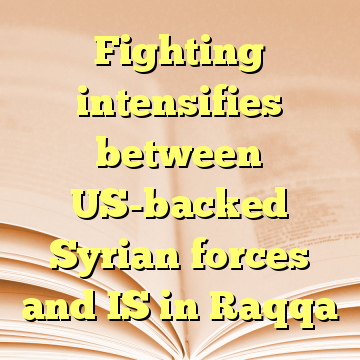 (Worthy News) – Intense clashes have broken out between US-backed Syrian fighters and Islamic State militants in the heart of Raqqa – the extremist group’s self-styled capital.

At least 180 civilians in areas controlled by IS have managed to flee, with the Syrian Observatory for Human Rights putting that number in the hundreds.

The Syrian Democratic Forces (SDF), who are Kurdish led, have been one of the most effective groups fighting IS in the war-torn country. [ Source (Read More…) ]