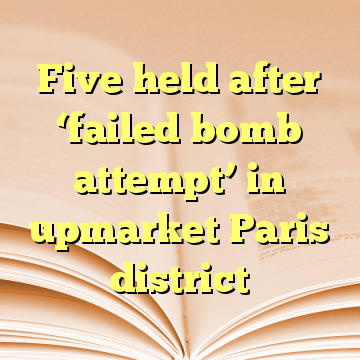 (Worthy News) – Five people are in custody after an apparent failed bomb attempt in an upmarket district of Paris.

Police were alerted by a member of the public about suspicious activity in a building in the Porte d’Auteuil neighbourhood on Saturday.

France’s interior minister Gerard Collomb said one of those arrested was on a police terror watchlist and had been “radicalised”. [ Source: Sky News (Read More…) ]