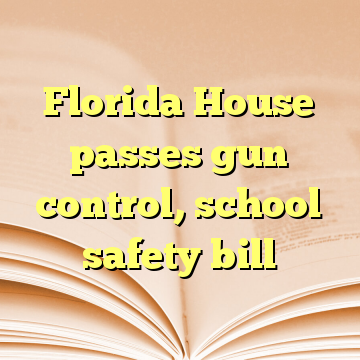 (Worthy News) – The Florida House on Wednesday passed a bill that includes some gun control measures and more public safety resources in response to the mass shooting that killed 17 people at a high school last month.

Gun control measures in the bill, which passed 67-50, include a ban on bump stocks, increasing the minimum age to buy a rifle from 18 to 21 and a three-day waiting period on all gun purchases.

Democrats tried to add an amendment that would ban assault weapons, but it was voted down. [ Source: UPI (Read More…) ]