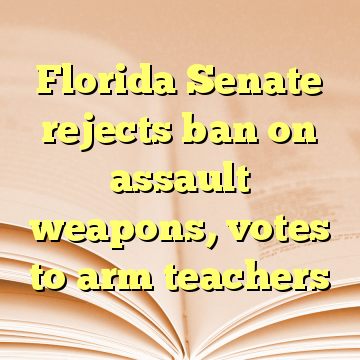 (Worthy News) – The Florida Senate rejected a proposal to ban assault weapons, and voted for a measure to arm some teachers, weeks after 17 people were killed in the deadliest high school shooting in U.S. history.

An amendment that would have banned assault weapons attached to a wider bill failed on Saturday in a largely party-line vote, in response to the Feb. 14 killing of 14 students and three faculty at Marjory Stoneman Douglas High School in the Fort Lauderdale suburb of Parkland.

The vote was 20-17 against the assault weapon ban, with two Republicans joining all of the senate’s 15 Democrats in support of the proposal, the Miami Herald reported. [ Source: Reuters (Read More…) ]