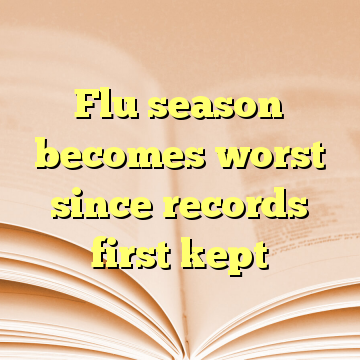 (Worthy News) – This flu season is the worst since health officials started keeping records on infections in 2004, surpassing all metrics from the previous worst outbreak of 2014/2015 as illnesses, hospitalizations and deaths keep rising across the nation.

“Unfortunately, we were hoping that it would start turning around and going the opposite direction, but it’s still going up,” said Dr. Anthony Fauci, head of the Institute of Allergy and Infectious Diseases. “So we really need to just grit our teeth and say hopefully in the next week or two it will turn around, but it’s not doing that right now unfortunately.”

Since October, health officials have watched flu cases closely mirror the statistics of the 2014/15 outbreak, with H3N2 the dominant strain then and now. Cases that year started to drop off at the beginning of January, but all measures this season are increasing, according to the Centers for Disease Control and Prevention. [ Source: Washington Times (Read More…) ]