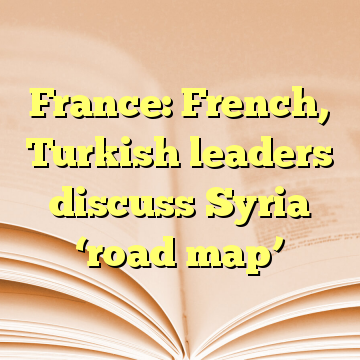 France’s presidency said in a statement on Sunday that the two presidents spoke by telephone Saturday about the security, political and humanitarian situations in Syria — including Turkey’s military offensive in the Syrian Kurdish enclave of Afrin.