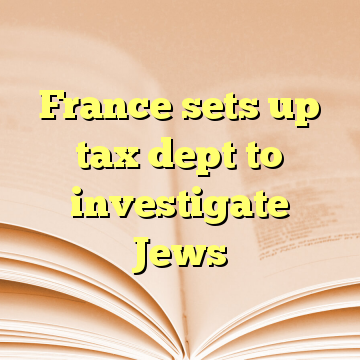 In Paris’s 12th arrondissement, on Bercy Street by the banks of the River Seine, on the 13th floor of the Ministry of Finance is France’s tax authority headquarters. Something has been afoot there recently that is liable to upset French Jews and spook their relations with the country in which they live. Under the radar, a secret department has been created with the sole purpose of handling tax evasion by French Jews. “Globes” can reveal for the first time the details of the secret department that is targeting Jews in France and new immigrants from France in Israel. [ Source: Globes (Read More…) ]