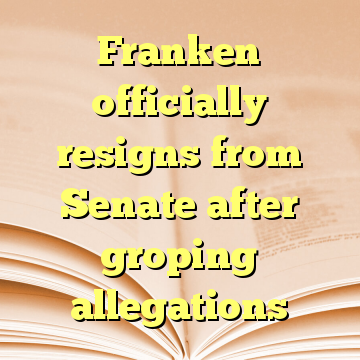 (Worthy News) – Minnesota Democrat Al Franken officially resigned from the Senate on Tuesday after announcing he would step down last month amid multiple allegations of sexual misconduct.

Franken submitted his letter of resignation to Minnesota Governor Mark Dayton. He said it “has been a privilege and an honor” to serve in the Senate.

Franken’s replacement, Minnesota Lieutenant Governor Tina Smith, is set to be sworn in on Wednesday. She plans to run for the seat in a November special election. [ Source: Times of Israel (Read More…) ]