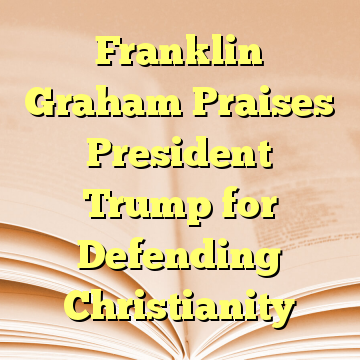 “I applaud what he has done this first year, even though he’s been attacked since day one., Graham said. “The left is trying to destroy this man. It’s almost like we’re in the middle of a digital coup — and that’s what it is a digital coup d’etat. They’re wanting to force him out of office. They’re wanting to take control of the government. And we need to pray for this man.”

“He’s our president,” he continued. “Whether you voted for him or not, he’s the president. If he succeeds, we all succeed. If he fails we all fail.” [ Source: CBN News (Read More…) ]