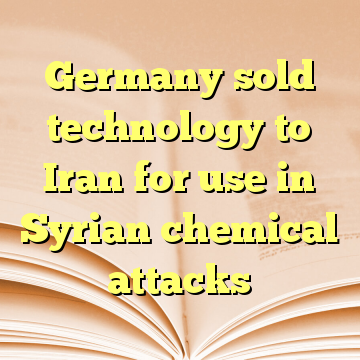 The German company Krempel, located near the southern city of Stuttgart, sold electronic press boards to Iranian companies that were used in the production of rockets.