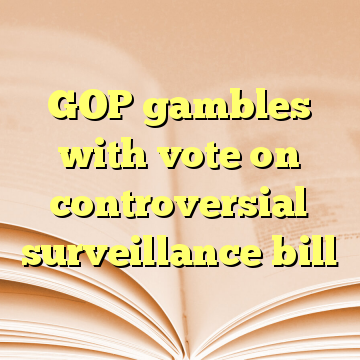 (Worthy News) – House Republicans on Thursday will try to reauthorize a key but controversial counterterrorism tool, despite a split among lawmakers that could end up sinking the bill.

Dozens of members are expected to vote for a bill-gutting amendment to underlying legislation reauthorizing Section 702 of the Foreign Intelligence Surveillance Act, which allows intelligence officials to spy on communications of non-citizens outside of the U.S.

The amendment, sponsored by Reps. Justin Amash, R-Mich. and Zoe Lofgren, D-Calif., is named the USA Rights Act, and it would strictly limit the way intelligence officials can collect communications involving Americans, going far beyond the moderate limitations to the program included in the underlying bill. [ Source: Washington Examiner (Read More…) ]