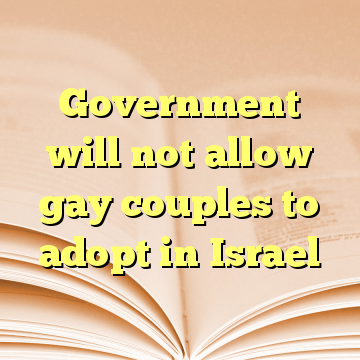 (Worthy News) – The government announced on Sunday that there are no intentions to change the law and allow gay couples to adopt in Israel.

In response to a High Court petition, the state said that it was opposed to allowing same-sex couples to adopt because it would place an “additional burden” on the child.

“The professional opinion of the Child Welfare Services supports preserving the existing situation” that the adopting couple be a man and a woman, the government wrote to the court. [ Source:Times of Israel (Read More…) ]