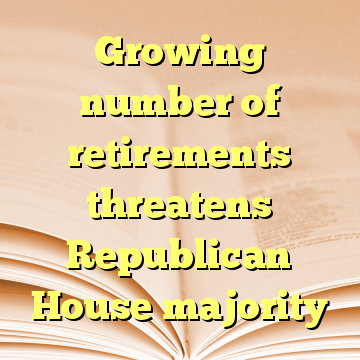 (Worthy News) – The Republican Party’s tenuous grip on the House majority slipped Wednesday after Rep. Darrell Issa became the second California Republican this week to opt for retirement over fighting an uncertain battle for re-election.

Their departures raise the number of Republican retirements to 31, a figure not approached since 28 Democrats rushed for the exits in 1994, the year the GOP won control of Congress for the first time in four decades. [ Source: Washington Examiner (Read More…) ]