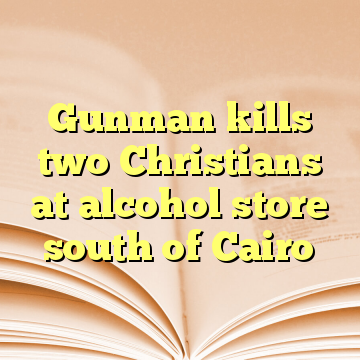 The incident took place just days after attacks on a Coptic church and another Christian-owned shop also south of the Egyptian capital that killed more than 10 people, as security forces brace for attacks against the Arab world’s largest Christian minority ahead of Orthodox Christmas celebrations.

The gunman used a rifle in the attack, shooting at the shop from outside after pulling up on a motorcycle, two security sources said. The attacker fled the scene afterwards. [ Source: Jerusalem Post (Read More…) ]