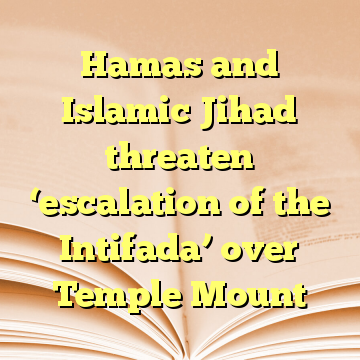 (Worthy News) – Palestinian militant groups Hamas and the Islamic Jihad called for an escalation in violence amid new Israeli security measures on the Temple Mount.

The two groups said that Israeli-installed metal detectors on the Temple Mount –home to the Al-Aqsa mosque and the Dome of the Rock — were a red line and intolerable, reported Palestinian news agency Maan.