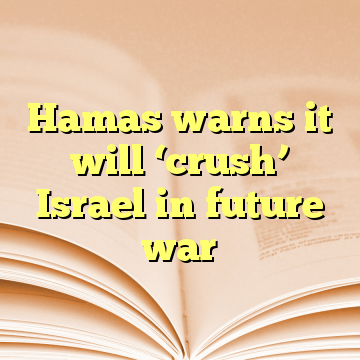 (Worthy News) – Hamas’s chief in the Gaza Strip, Yahya Sinwar, said on Wednesday that his movement was not interested in a war, but added that should a conflict break out, Hamas will “crush” Israel.

“We are not seeking a confrontation with the Israelis, but if there is a confrontation, we will crush them,” Sinwar reportedly said, in his first meeting with journalists since ascending to power six months ago.

Sinwar is considered one of Hamas’s most ruthless leaders. His election as Gaza leader raised fears the terror group in control of the Strip might be more prone to enter into a conflict with Israel. [ Source (Read More…) ]