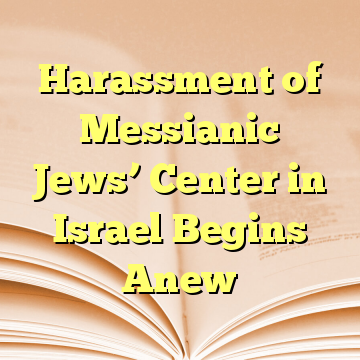 (Worthy News) – After opposition shut down a meeting center for Messianic Jews in southern Israel last May, ultra-Orthodox Jews are harassing it again since it re-opened this month, sources said.

Ultra-Orthodox Jews protested the presence of the center in Dimona, Israel on Tuesday (Jan. 23) and threatened some of the Messianic Jews, followers of Jesus, according to advocacy group Middle East Concern (MEC).

“Protests have taken place the last two weeks after the reopening of the center at the beginning of January,” according to a MEC press statement. [ Source: Morningstar News (Read More…) ]