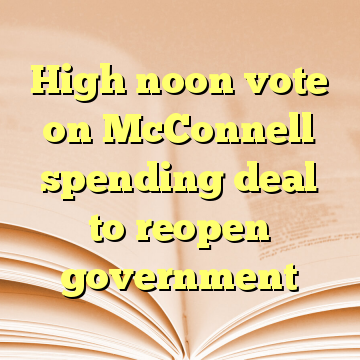 (Worthy News) – Majority Leader Mitch McConnell has set a Monday noon vote on a federal spending bill that would reopen the partially shuttered government until Feb. 8 in exchange for a promise for a vote on immigration reform legislation next month.

McConnell offered the deal on the Senate floor at 9:30 p.m. and then asked for Democratic consent to vote on the spending bill at 10 p.m.

Democrats objected, and McConnell then moved the vote, which could have come as early as 1 a.m. Monday to noon. Monday will be the third day of the partial shutdown, but the first business day that government workers will be affected. [ Source: Washington Examiner (Read More…) ]