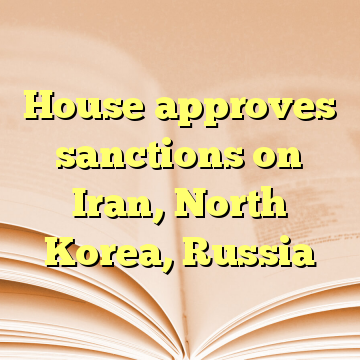 (Worthy News) – The House of Representatives on Tuesday voted to toughen sanctions on Iran, North Korea and Russia in legislation expected also to be backed by the Senate.

The House voted 419-3 to pass the bill, a version of which had previously been approved by the Senate. The Senate bill — which only sanctioned Russia — was nullified under the constitutional provision that legislation raising revenue must originate in the House.

When House leadership took up the bill, they added additional sanctions on Iran and North Korea. [ Source (Read More…) ]