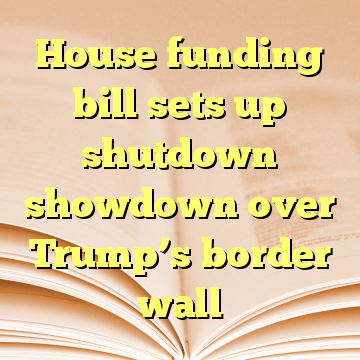 (Worthy News) – Republican House leaders on Tuesday earmarked $1.6 billion to begin building President Trump’s border wall next year, including the money in their homeland security spending bill, setting up a fight with Democrats who have vowed to fight any funding for the wall, even if it means sending the federal government into a partial shutdown.

The spending bill also calls for 500 more Border Patrol agents, 1,000 more agents and officers to handle deportations from the interior of the U.S. and enough money to maintain an average of 44,000 detention beds to hold illegal immigrants.

The Republican bill also calls for adding more than two dozen jurisdictions to the 287(g) program, which allows local police and sheriff’s deputies to be trained to enforce immigration laws. [ Source ]