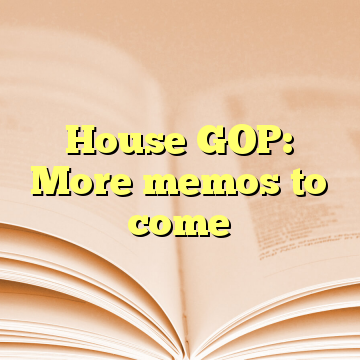 (Worthy News) – “The memo” — which pitted the Justice Department against the White House and brought ugly partisan sniping into stark relief — is only the beginning. Republican sources close to Devin Nunes tell me he’s assured them there’s much more to come.

The House Intelligence chair and his team have told members and associates they’ve found other examples of politically motivated “wrongdoing” across various agencies, including the FBI, the broader Justice Department, and the State Department.

What we’re hearing: Republicans close to Nunes say there could be as many as five additional memos or reports of “wrongdoing.” But a source on the House Intelligence Committee tells me there’s no current plan to use the same extraordinary and highly controversial process they just went through, with a vote and ultimately a presidential approval to declassify sensitive information. [ Source: Axios (Read More…) ]