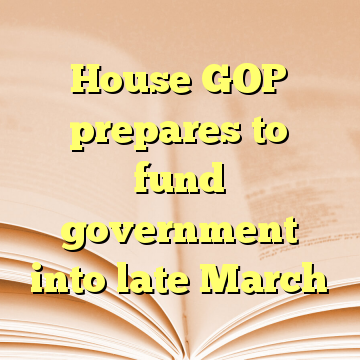 (Worthy News) – The House could vote as early as Tuesday on a stopgap bill to fund the government through March 22, according to multiple GOP sources.

Congress has until Feb. 8 to avoid another shutdown, but finding the votes in the House will not be easy for GOP leaders.

Conservatives and defense hawks are threatening to oppose yet another short-term funding bill. House Democrats, meanwhile, have refused to back stopgap measures without securing relief for Dreamers. [ Source: Politico (Read More…) ]