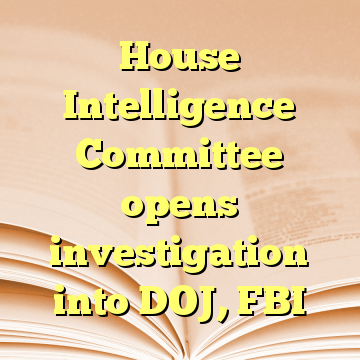 (Worthy News) – The House Intelligence Committee, led by Republicans, has opened a new investigation into both the Department of Justice and the FBI.

According to committee rules, the majority has to consult with the minority before opening an investigation. [ Source: Washington Examiner (Read More…) ]