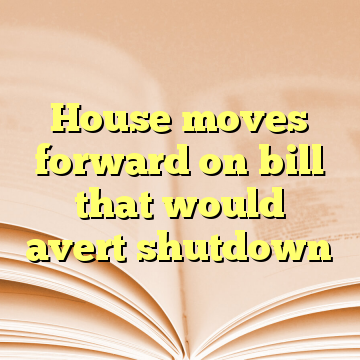 (Worthy News) – The House voted Tuesday to avert another government shutdown, approving a bill to fund the military for the rest of the year and domestic operations for six more weeks, as all sides sounded optimistic about a broader deal.

The 245-182 vote sends the bill to the Senate, where Democratic leaders had said it was iffy — but said they were encouraged by ongoing talks on a two-year budget deal that would solve most of the spending fight that’s bedeviled Congress since December.

Something must pass by Thursday, or the government will fall into its second shutdown in weeks, after a three-day stoppage ensued last month. [ Source: Washington Times (Read More…) ]