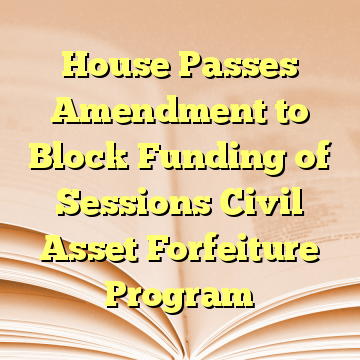 (Worthy News) – The House of Representatives passed an amendment Tuesday which blocks funding of a controversial program reimplemented by Attorney General Jeff Sessions.

Civil asset forfeiture is a legal procedure by which police can seize property without formally convicting or even charging its owner, based on the suspicion that the property has been involved in illegal activity. The tool was originally conceived of as a way for investigators to cripple criminal gangs, permitting them to seize drugs and cash without arresting their owners. [ Source (Read More…) ]