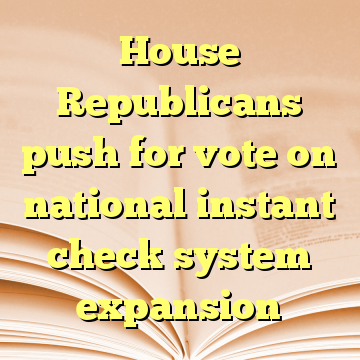 (Worthy News) – Nearly two dozen House Republicans are pushing Speaker Paul D. Ryan for a quick vote on a bill to get more records into the national instant check system, as lawmakers search for a legislative response to the most recent mass shooting that has a realistic shot at passing Congress.

“The NICS system needs to work better we need to make sure that all the data gets in there. We need to compel states to do that. We need to prevent tragedies,” Rep. Ryan Costello, Pennsylvania Republican and a co-sponsor of the bill, said Monday on MSNBC. [ Source: Washington Times (Read More…) ]