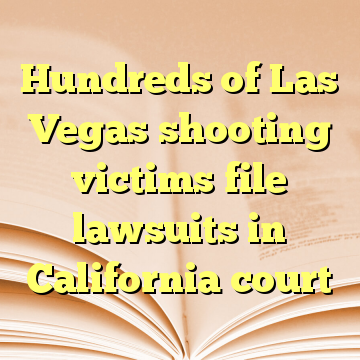 (Worthy News) – Hundreds of victims of the Oct. 1 mass shooting in Las Vegas filed five lawsuits on Monday in a California court against the operators of the hotel from which the gunman fired, the organizers of the country music festival he targeted and the killer’s estate.

The largest of the lawsuits was filed on behalf of 450 people who were either injured in or witnessed the shooting, while the other four were brought by families of people who were killed or severely injured.