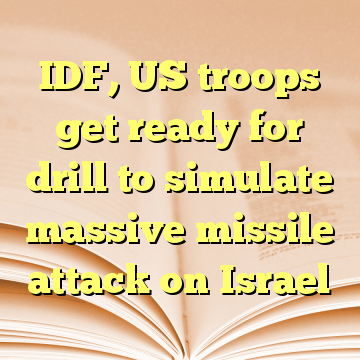 (Worthy News) – The Israeli military on Thursday began its final preparations for a major air defense exercise with the United States, which is set to kick off at the beginning of next month, the army said.

While the Juniper Cobra exercise, which was first held in 2001, is scheduled every two years, it comes at a time of growing tension between Israel and Iran and the Iranian proxy Hezbollah. This year’s exercise simulates a massive ballistic missile attack against Israel and is also meant to improve ties between the two armies.

The exercise will largely be performed through advanced computer simulations, though it will also include some real-world activities. [ Source: Times of Israel (Read More…) ]