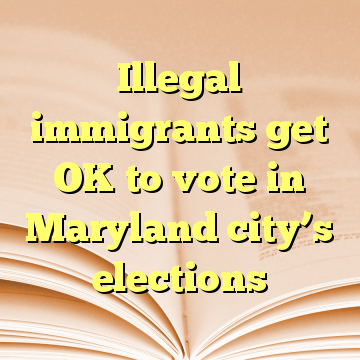 (Worthy News) – A city council in Maryland has voted in favor of allowing resident non-citizens such as illegal immigrants to participate in local elections.

The city council in College Park, home to the University of Maryland campus, has joined six other towns that allow green-card holders, illegal immigrants, and other non-citizens to vote in local elections.

The decision was reached following a 4-3 council vote, which was initially scheduled last month but was postponed.  [ Source: Fox News (Read More…) ]