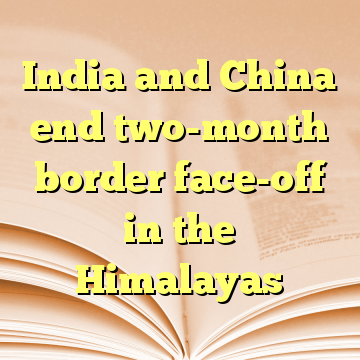 (Worthy News) – The ‘expeditious disengagement’ comes two months after their soldiers began confronting each other at the Doklam plateau where India, China and Bhutan meet.

India had sent its troops to stop China building a road in the remote, uninhabited territory, which is claimed by both China and Bhutan.

But Beijing said India had no role to play in the area, and ordered its troops to withdraw unilaterally or face the prospect of an escalation.