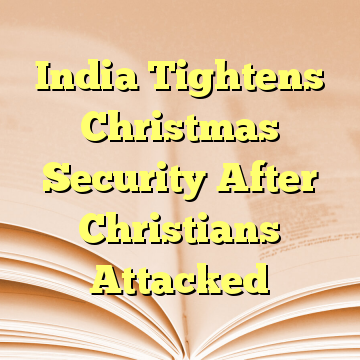 (Worthy News) – Christians and others in India celebrated Christmas despite fears of an anti-Christian backlash in some parts of the predominantly Hindu country.

The Indian government asked states to increase security for Christmas celebrations this year after recent isolated attacks on Christians in northern India. No new incidents had been reported as of late Monday.

Vigilante groups have targeted Muslims since a Hindu nationalist party came to power in India in 2014. Some Christian leaders fear the attacks may now be spreading to their community. [ Source: CBN News (Read More…) ]