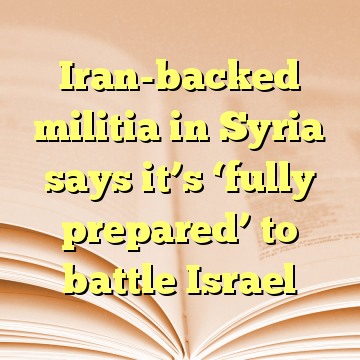 (Worthy News) – The head of a large Iranian-backed Iraqi militia that has been fighting in Syria said his group was “fully prepared” to fight Israel if Damascus asked it to.

“We are fully prepared to participate in any war with the Syrian Arab Army to liberate the Golan if the Syrian state agrees or requests so,” Ka’abi said. [ Source: Times of Israel (Read More…) ]