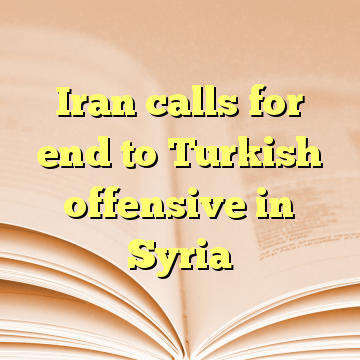 “Iran hopes that this operation will be ended immediately to prevent a deepening of the crisis in the border regions of Turkey and Syria,” it quoted Foreign Ministry spokesman Bahram Qasemi as saying. “A continued crisis in Afrin may boost …terrorist groups in northern Syria.” [ Source: Jerusalem Post (Read More…) ]