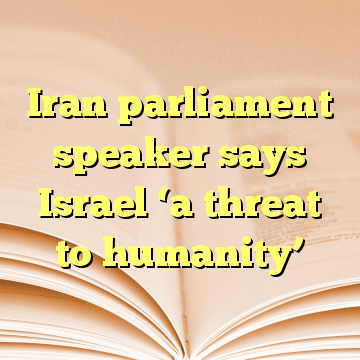 In a message congratulating Hezbollah leader Hassan Nasrallah on the 17th anniversary of Israel’s pullout from south Lebanon, Larijani said “the aggressive and racist nature of the Zionist regime has always been and will remain a threat to humanity and to regional nations,” according to Iranian media reports.

Referring to Israel’s 2000 pullout after 15 years of conflict with Hezbollah, Larijani urged the Palestinians to follow the Lebanon terror group’s lead and “liberate” territories from Israel. [ Source ]