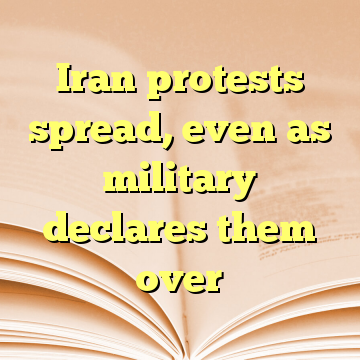 (Worthy News) – Iran’s most influential military commander on Wednesday declared the wave of anti-regime protests rocking nation as over, despite reports that demonstrators continue to fill the streets in more than a dozen cities.

“Now we can say that it is the day when the 1396 sedition ended,” the general said, in reference to the current year in the Persian calendar. [ Source: Washington Times (Read More…) ]