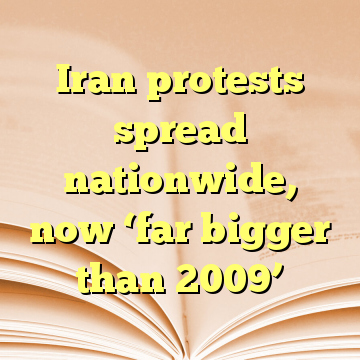 (Worthy News) – Pictures and videos coming out of Iran are starting to look more like a full-on revolution than a protest movement, but American news agencies continue to be slow to react, describing the historic protests as mostly about the country’s weak economy and chastising President Trump for cheering them on.

That’s woefully under-reporting the depth of what is really going on in Iran, say experts on the country’s history and current political environment.

The Associated Press’s description of the protests as “over economic issues” seems to lack any justification for Iranians taking to the streets en masse chanting “death to the dictator,” while burning in effigy the image of Supreme Islamic leader, Ayatollah Kamenei. [ Source: WND (Read More…) ]