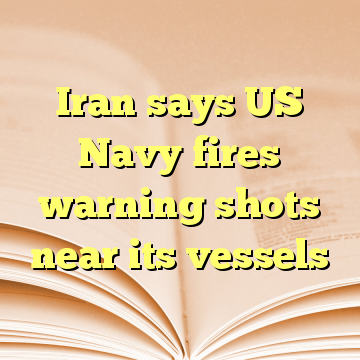 IRNA quoted a statement from the Guard as saying that the USS Nimitz and an accompanying ship came near an Iranian oil offshore platform in the Persian Gulf and a helicopter from the ship hovered near vessels manned by Iran’s elite Revolutionary Guard.

The U.S. Navy’s Bahrain-based 5th Fleet said the incident happened while one of its helicopters was on a routine patrol in international airspace. The aircraft saw several Guard vessels approaching American ships “at a high rate of speed” and sent out flares after receiving no response when it tried to establish communications, the Navy said. That prompted the Iranian boats to halt their approach. [ Source:Washington Times (Read More…) ]