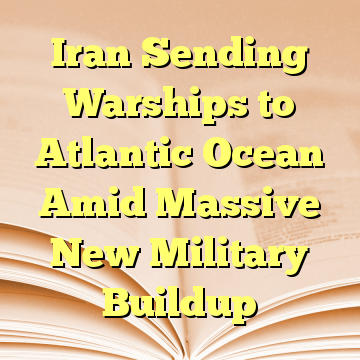 (Worthy News) – Iran is preparing to send a flotilla of warships to the Atlantic Ocean following the announcement of a massive $500 million investment in war spending, according to Iranian leaders, who say the military moves are in response to recent efforts by the United States to impose a package of new economic sanctions on Tehran.

The military investment and buildup comes following weeks of tense interactions between Iran and the United States in regional waters, where Iranian military ships have carried out a series of dangerous maneuvers near U.S. vessels. The interactions have roiled U.S. military leaders and prompted tough talk from the Trump administration, which is currently examining potential ways to leave the landmark nuclear deal.