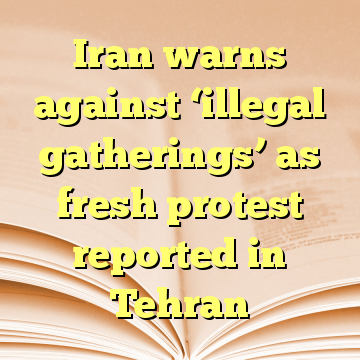 (Worthy News) – The Iranian government warned people against further protests on Saturday after two days of demonstrations sparked by anger over an array of economic problems even as a fresh demonstration was reported at the University of Tehran.

“We urge all those who receive these calls to protest not to participate in these illegal gatherings as they will create problems for themselves and other citizens,” said Interior Minister Abdolrahman Rahmani Fazli.

State news channel IRINN said it had been banned from covering the protests that spread from second city Mashhad on Thursday to hit several towns and cities. [ Source: Times of Israel (Read More…) ]