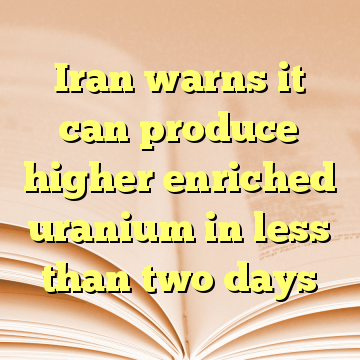 “If America pulls out of the deal … Iran could resume its 20 percent uranium enrichment in less than 48 hours,” Behrouz Kamalvandi, spokesman for the Atomic Energy Organization of Iran, told al-Alam TV.