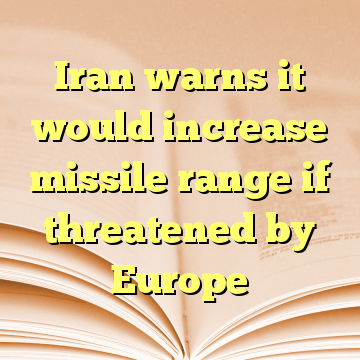 (Worthy News) – The deputy head of Iran’s Revolutionary Guards warned Europe that if it threatens Tehran, the Guards will increase the range of missiles to above 2,000 kilometers, the Fars news agency reported on Saturday.

France has called for an “uncompromising” dialogue with Iran about its ballistic missile program and a possible negotiation over the issue separate from Tehran’s 2015 nuclear deal with world powers.