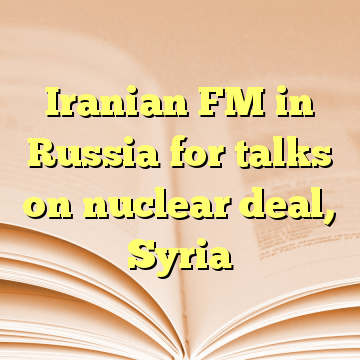 (Worthy News) – Iran’s foreign minister is visiting Moscow for talks focusing on the future of the 2015 nuclear deal with world powers and the situation in Syria, where both nations support President Bashar Assad.

The U.S. has said it would consider scrapping the 2015 deal, in which Iran restricted its nuclear program in exchange for sanctions relief. [ Source: Washington Times (Read More…) ]